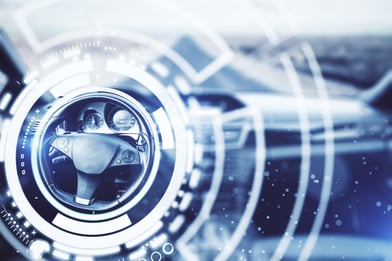 The power steering hose is a critical piece of the hydraulic power steering (HPS) system puzzle. Not only does it connect the steering pump to the cylinders, allowing for easier turning, but it transfers the pressurized steering fluid into the rack and plays a role in proper system lubrication and cooling. But what happens when an HPS hose fails? And how do you know when to replace it? In this post, we'll discuss HPS hose failure symptoms and maintenance best practices to keep your shop on the right track with every HPS rebuild.

As with any automotive system or part, there is a wide range of reasons why a steering hose might fail in an HPS application. While general steering failure might be relatively simply to diagnose, pinpointing the source of the issue might be another story entirely. While every repair will come with its own challenges, here are some symptoms that can point to HPS hose failure: 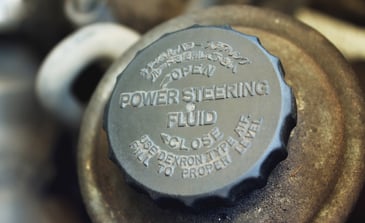 Remember, when you're diagnosing an HPS failure, it's important to consider all factors, from issues with the part itself to the behavior of the driver and beyond. In the case of HPS, it's important to remember that, in contrast with EPS systems, every part is mechanical and subjected to high levels of wear and pressure. It's likely that any HPS hose will eventually fail for one reason or another. Some common causes of HPS failure symptoms include:

In order to identify the true cause of any steering failure, techs must be thorough in their inspection and diagnosis. They must also listen carefully to the input of the driver. Once your team determines that the HPS hose has failed, you have some important service decisions to make moving forward. 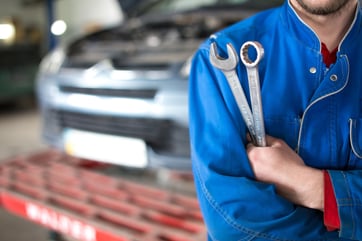 One you've landed on a steering hose failure diagnosis, how should you proceed? Here's one important reminder that should guide your decision: the steering hose is in use any time the engine is running. The HPS hose is considered a wear part due to its rubber material and the amount of pressure and general wear it's subjected to any time the vehicle is on. While there is no specific lifetime on HPS hoses, it's common practice to replace them even in the early stages of failure. In fact, OE manufacturers generally recommend replacing the steering hose every time a rack or pump is replaced.

Depending on the exact damage situation you're dealing with, replacing the steering hose can be a mostly uncomplicated repair. Techs should disconnect the old hose, drain the fluid, replace the seals and fittings, and attach the new hose. While changing the HPS hose may seem unnecessary when replacing other hard parts, servicing the entire system is considered the best practice for ensuring the success of the steering system. Replacing the HPS hose should be considered a required part of any complete HPS rebuild you take on.