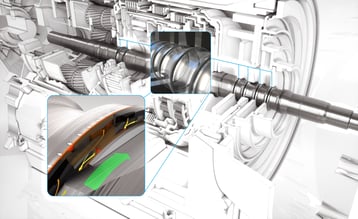 In March of 2017, Freudenberg (FST, the OEM parent company of TransTec) unveiled a brand new approach to sealing solutions with their new low friction seal offerings. While it is widely known that high friction environments can cause excessive wear and even premature failure of transmission seals, here's something you might not know: seals are responsible for nearly 25% of all mechanical energy lost in transmissions due to friction. That's what FST set out to solve when developing a totally new generation of sealing products, with the added benefit of creating potentially lower cost, environmentally friendly sealing options.

In this FST new development spotlight, we'll introduce the brand's newest low friction seals, the Levitas seal rings and Levitorq thrust washers. We'll also talk about the science behind the ways they reduce friction in transmissions as well as improve fuel efficiency. For all that, keep reading. 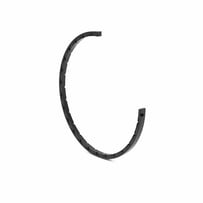 The Levitas low friction seal ring design produces a hydrodynamic oil film between the ring and the dynamic counter surface. Effectively, this means the seal floats on top of the oil that it self-produces. Only fluid friction remains between the shaft and seal ring. In a transmission outfitted with Levitas seal rings, the torque drops by up to 70%. Why does this matter? Because less physical contact between the seal and the surface means less friction, less wear and tear on the system, and an extended product life between maintenance cycles. FST has taken extra care to make the seal rings easy to install as well: the seals are bidirectional, meaning a technician doesn't have to worry about the orientation of the seal during assembly. 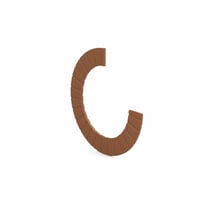 The Levitorq thrust washers use the same hydrodynamic oil film technology to create surfaces on which bearings can roll and loads can be applied while keeping friction at lower levels. While normal washers are usually made of metal, Levitorq washers are made of a specially engineered thermoplastic or thermoset alternative. For this reason, the washers weigh less while replacing the heavy metal washers that bog down torque levels. The washers have been tested both dry and lubricated on validated test rigs. The benefits of Levitorq washers are that they reduce weight, improve friction, and because of their material, often provide a cost benefit to customers.

While the main function of the Levitas and Levitorq is to lower the amount of friction on the seals, these developments in sealing technology also provide added environmental benefits. (See our post on emerging transmission technology for more advancements on the horizon.) The low friction seals weigh less than a standard seal, which cuts down fuel consumption and regulated emissions. Along with the rest of FST's portfolio of innovative LESS products for engines, transmissions, and more, these new seals potentially cut fuel costs for the end user as well as promote all-around environmental responsibility.

As most of us in the automotive aftermarket and service industries know, OE manufacturers don't...
Read More

The Advantages of Using OE Seals in Transmission Rebuilds

It's no surprise that you always want to make the best choices when it comes to your transmission...
Read More

When it comes to transmission service, sometimes you can run into the unexpected: unfamiliar...
Read More